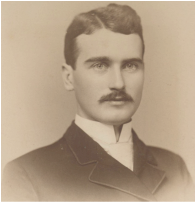 William Bell was born May 23 1839 (1) Ashgrove, Ontario, the son of Hugh Bell and Susanna Dunbar. He would remain in this part of Ontario until his late years. From 1916 until his death he lived with his middle son John and his wife in Toronto.

William grew up near Ashgrove a small hamlet near Georgetown, Ontario.

William had five siblings of which four survived until adulthood. Of those siblings four were girls, Mathilda 1830, Flora 1841, Jane 1846 and Margaret who died in infancy. His brother John (1844-1865). 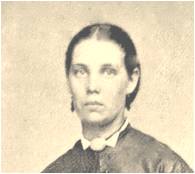 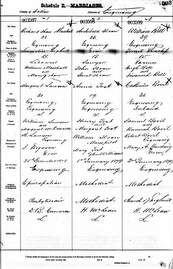 Marriage Schedule
In 1879 William remarried Catherine Bovil (3).
03599-79 (Halton) William BELL, 39, farmer, widower, Toronto Tp., Esquesing, s/o Hugh and Susannah BELL, married Catherine BOVIL, 31, Ireland, Esquesing, d/o Samuel & Hannah BOVIL, witn: Robert BOVIL of Esquesing and Mary A HARDING of Erin, 2 Jan 1879 at Esquesing
Catherine did not live but two years after marrying William. The 1881 census has him listed as a widower with his three boys now nine, eight and six. Something interesting that I also found was the there was a death registry RN 005229 for Catherine October 24th 1880 and one for an infant named Esther October 22nd 1880 which would indicate that Catherine and her infant girl both died shortly after the birth of the child. This is not confirmed but is most probable. The name on the certificate is Bovell not Bovil but in the 1881 census William James is with the Bovell family.
​       Nathaniel Cameron is also showing up on the census with his grandmother Susanna Bell, who was at this time a widow. They appear to be living in a rooming house with several other families.
I found another interesting piece of information while looking for Catherine Bovill wife of William Bell to further imply that Catherine had just died in 1880.  My records show that Catherine was Williams wife between January 2 1879 until her death which I have as between 1880 and 1883.
The 1881 census has William's oldest boy living with the Bovell family. I am thinking that she may have died not long before the census was taken and William senior sent his eldest son to  stay with his in-laws while he sorted things out. William James was nine years old at the time. He is also listed at the Bell residence which could have been in error but both boys mentioned are the same age.
Within the next two years William married for a third time, this time a widow, six years older than himself (4).
04163-83 (Halton) William BELL, 44, Tp. of Toronto, Tp. of Espuesing, farmer, widower, s/o Hugh BELL & Susanna DUNBAR, married Catherine THOMPSON, 50, widow, Tp. of Chinguacousy, Stewartown Esquesing, d/o James COVENTRY & Elizabeth DROAN, witn: Elizabeth J. COVENTRY and George N. ATCHISON both of Stewartown, 12 Dec 1883 at Stewartown Esquesing. 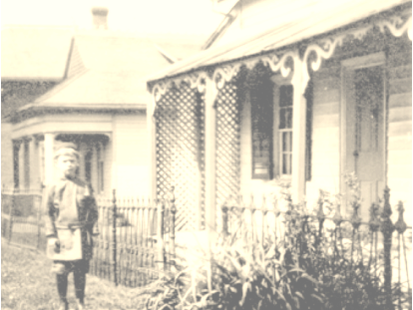 Kelvin Rankin Bell in Georgetown. circa 1912 at grandfather William Bell and Catherine (Coventry) home in Georgetown
William is mentioned in Acton's Early Days , 35 , 36 , 164 , 208 , 209 , 252 , 271, a local book of sketches taken from the Acton Press and compiled into a book.
The 1891 census has William living with Catherine. By the 1901 census William is living with his wife Catherine, son Robert and niece Ada Coventry and is no longer listed as a farmer. He is now a laborer, which would indicate he had given up the farm, it would appear to his son John, and worked for him. He would have found it difficult to manage a farm on his own at sixty-one and John was still there at the time to manage it. His two other sons had moved away and John, it would seem had little interest in farming. Once he married he too left the homestead.
In 1906 when John married Maude and moved to Toronto William was left with his aging wife alone at home. Catherine's niece Ada Coventry stayed with them and although listed as a lodger in the 1911 census she more than likely cared for them.
William went to live with John and Maude in Toronto after the death of his wife Catherine Coventry in 1916. He died three years later (5), in Toronto but went home to rest with his last wife.
The local newspaper reported the death of William Bell as follows:
The remains of the late William Bell, who died in Toronto, on Sunday last, were interred in Greenwood cemetery, on Tuesday afternoon.  Deceased was 81 years of age and for over 30 years was a respected resident of Georgetown and vicinity.  Some three years ago he removed to Toronto where he has since resided with his son.  He was a member of the Presbyterian church and an honorable man respected by all who knew him.  The funeral service was conducted by Rev. Mr. Truax.  Deceased was an Orangeman for 62 years; Georgetown Lodge attended in a body.  He leaves three sons; John, Toronto;William, Sask. and Nathaniel, Georgetown; also one sister Mrs. Wm. McDowell Sr. Toronto.
The Funeral will take place on the arrival of 2 p.m. train at Georgetown G.T.R. Station on Tuesday May 6. Interment in Greenwood Cemetery, Georgetown.

​Location – William Bell
William Bell (1839-1919) lived in Esquesing Township, Halton in both the 1871 and 1881 census.
According to the 1871 census, William Bell and William McDowell with their families were tenants on Conc 6, lot 5, Esquesing Township, Halton.  with several other families. Both are listed as Farm Servants, so I expect they worked on someone else’s farm, at least in the beginning. The 1877 Halton Altas doesn’t include names of those operating farms/working the land as tenants or those living in town.
The location of Conc 6, lot 5 today is the land between the 5th and 6th Line, north of Steeles, and south of the 5 Side Road (approximately). Below is a link with Hornby marked as “A” along Steeles Ave. To the west of Hornby you will see the sixth and fifth line.  Ashgrove is straight north of Hornby on the 10 Side Road. Both Hornby and Ashgrove are on Trafalgar Road, which I believe was the 8th Line at one time.
CITATIONS:
(1) B. 1901 Census of Canada​ Year: 1901; Census Place: Esquesing, Halton, Ontario; Page: 3; Family No: 28
(2) M. 1868 Bell/McDowell Archives of Ontario; Toronto, Ontario, Canada; County Marriage Registers, 1858-June 1869; Series: MS248; Reel: 13
(3) M. 1879 Bell/Bovill Archives of Ontario; Toronto, Ontario, Canada; Registrations of Marriages, 1869-1928; Series: MS932; Reel: 30
(4) M. 1883 Bell/Thompson Archives of Ontario; Toronto, Ontario, Canada; Registrations of Marriages, 1869-1928; Series: MS932; Reel: 43
(5) D. 1919 Bell William, Source Citation Archives of Ontario; Toronto, Ontario, Canada; Series: MS940; Reel: 9
Powered by