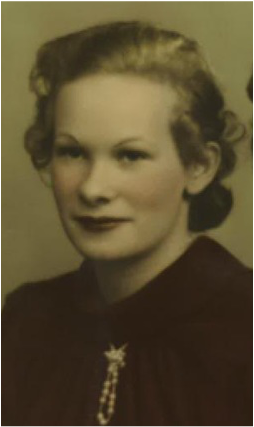 Marie as a young woman 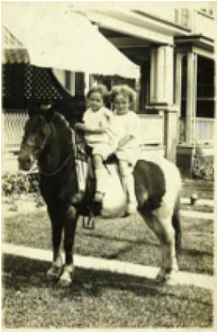 Marie McEwan was born September 21st, 1919, and was the second youngest of Ben and Olive's children. Her baptism took place 13 July 1924 at Queen Street East Presbyterian Church, in Toronto.

She and her younger sister Bernice were close in age and by this time Ben was doing very well at his trade. Here she is at about six years old with her sister atop a pony. It appears to have been taken in front of their house in Toronto.

As a young girl, she worked in retail at Towers, a store that has long since disappeared. 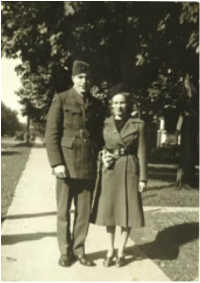 Marie and Lawrence in 1939 before he left for the war.

Marie married Lawrence Daley Sr., a chartered accountant from Ottawa. They married before the war and had one son. We believe the marriage to be between 1938 and 1939. He was born in 1916 to parents Robert John Daley and Audrey May McKnight.

He and his brother Emmett, were pilots in the war and when Lawrence returned, he and Marie parted ways. Marie raised her son with the help of his parents and they were able to remain friends after the separation. 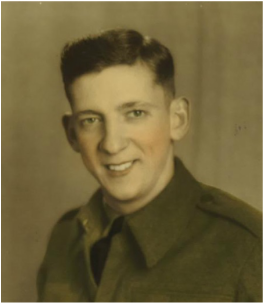 Gordon as a young man.

Marie's second husband was Gordon Lloyd Bellamy, son of George Bellamy and Elizabeth Skinner. George was the youngest in a family of eleven children. George was born April 29th 1923 at Todmorden Mills, now a heritage site in Toronto. His father was originally a teamster for the Don Valley Brickworks but later became the stable foreman.

Gordon Enrolled in the Royal Canadian Army Service Corp/Royal Canadian Army Medical Corp on 9 November 1942. At the time he was 22 years old.
While in service he received a Defense Medal, Canadian Volunteer Service Medal and a Clasp. He was discharged from the army on 16 Mar 1946. It was the 25 May 1951 when Marie and Gordon married in Toronto.

Gordon would also work for the Brick Works. His family lived in the infamous  "Helliwell house"  from 1906 until late in the 1930's.

Marie died December 17, 2016, at the age of 97, in Brockville, Ontario. Her remains will be interred at the Kemptville Union Cemetery, Kemptville, Ontario, in the spring.
Obituary for Marie Bellamy

Peacefully at the St. Lawrence Lodge, Brockville on Saturday, December 17, 2016, at the age of 97 years. Beloved daughter of the late Benjamin and Olive (née Clements) McEwan. Predeceased by her loving husband Gordon Bellamy. Loving mother of Larry Daley (Sharon). Cherished Nana of Joanne Hawkins (Curt), Karen Daley and Brenda Giuseppin (Ed). Great-Nana of Jacob, Noah, Ruth, Joseph, Hana and Tiana. Survived by her sister Bernice and predeceased by her sister Margaret and brothers Harvey and Kenneth. Marie will be sadly missed by her nephew Harvey McEwan (Suzanne) and their family. A special thank you to the staff of St. Lawrence Lodge, Brockville for their wonderful care and compassion. Friends may visit the Brown Chapel of Hulse, Playfair & McGarry, 805 Prescott Street, Kemptville, on Tuesday, December 27, 2016 from 2 to 4 pm & 7 to 9 pm. Burial will take place at Kemptville Union Cemetery in the spring. In lieu of flowers, donations may be made to the St. Lawrence Lodge Foundation or charity of your choice. 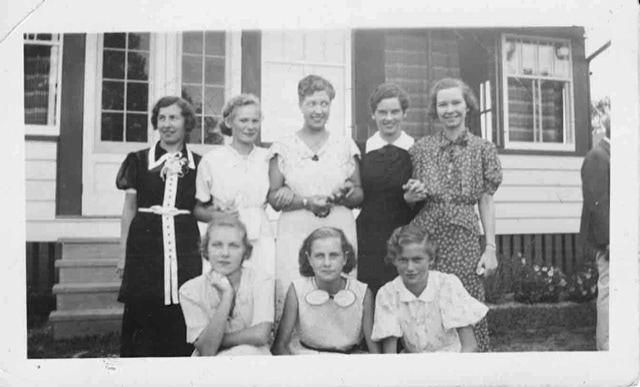