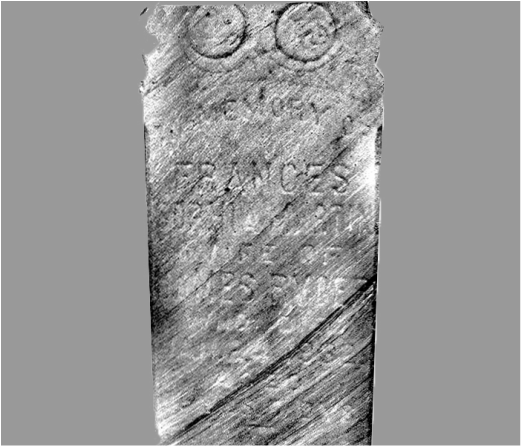 A former esteemed resident of Acton passed away on Sunday in the person of Mrs. James Ryder, who died at the home of her son-in-law Mr. W. Cheyne, lot 25, concession 4, Erin Township.

Although in her eighty-first year, and in gradually failing health, Mrs. Ryder was able to be about until within a few days of her death.

The deceased was born in Erin Township on January 17th 1851, and before her marriage was Frances Sophia Martin, the eldest daughter of the late George Martin.

Over forty-six years ago her husband predeceased her, and with motherly care she raised the family of small children with which she was left. When the family had all grown to manhood and womanhood she disposed of the home in Acton on West Mill Street, and for the past twenty years has visited among the homes of her children, staying in each home for a short period. Of the family three sons and four daughters remain to revere her memory.

They are: Fred, in Brockville; Edward, in Acton; and Nelson, in Hamilton; Mrs. Vance (Bertha), Winnipeg, Man.; Mrs. W. Cheyne (Mae), Hillsburg; Mrs. Bell (Maude), of Toronto; and Mrs. Robert Elgie (Laura), of Toronto. Of the family five brothers and sisters remain, Jacob Fred Martin, in Sardis, B.C.; T. Palmer Martin, in Toronto; Nelson Martin, in Vancouver, B.C.; Mrs. A. Black, in Kelso, Ontario; and Mrs. Leslie Thurston, Schenectady, N.Y. To all of these the sympathy of friends in the old home community goes out. Mrs. Ryder was a member of the Presbyterian Church and the funeral on Tuesday afternoon, in the absence of her minister, the service was conducted by Rev. Mr. Spencer Orten of the United Church, assisted by H.L. Bennie, of Knox Church. 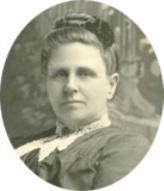 George was a farmer originally from England and her mother came from a long line of Swackhamer’s or Swackhammer (Schwechheimer), known as "Pennsylvania Dutch". They actually trace back to the Swackhamers  who originally settled in the German Valley, New Jersey. Her mother’s name had many spelling variations over the years. The original name was Schwechheimer, from Altlussheim, Wurtenburg, Palatine, Germany.

Of the girls in Frances family, they all married at an age that would have been considered late for the times. Sarah, the youngest girl was twenty-six when she married and the others were in their mid twenties to early thirties. Three of them would also die young. Mary Emeline "Emma" in 1884 as a result of childbirth aged thirty-one, Sarah in 1890, two months after the birth of a son at thirty-three, while visiting her mother, and Caroline in 1901 in her twenty-ninth year.

Frances aunt, Mary Priscillia Swackhammer, had been the first wife of James Ryder. James married Frances shortly after the death of his first wife, Priscillia. I imagine the sequence went something like this:

It was common practise back then for an unmarried girl in the family to be a caregiver if she was of age. In my family I saw this happen in several of the families and more than once it was the eldest daughter of a cousin's family who took that role.

While I have no proof, my thoughts are that when James wife Priscillia took ill, her sister Hannah sent Frances to care for the children. Then, when she died it made sense for James to marry her and carry on. After all by this time he and Priscillia’s children would have come to know Frances well.

Whatever the circumstance. If Frances had any other dreams, they were dashed and she married James.

Frances and James would go on to have a large family of their own, four boys and four girls. With the five from James first marriage that made a houseful for Frances to care for. Thirteen living children even in those days was a lot.

James did provide well for his family with his trade as a blacksmith and carriage maker so it appears that the family did not want for anything.

However, when James and several others wanted to break from their original church to form another in 1876, problems ensued for the family. A suspicious fire in 1878 burned James shop and home. Fortunately, no one was hurt in the fire, but this had been the second fire since 1868 that James had suffered in his business. This one was devastating. The total damage was over $15,000 and insurance only covered $3500.

James and Frances moved the family to Petrolia, Ontario and James rebuilt his business for a third time. It flourished and when he died in 1886 Frances moved back to Acton with the remaining children still living at home. By this time James children from his first marriage with Mary Priscilla had all married and/or left home except for the youngest boy Jacob Henry.

The census of 1891 shows Frances to be living in the village of Acton with seven children and her two younger sisters Elizabeth, now 21 and Caroline, 18. Both she and her two sisters are employed by the glove company that at that time was a thriving industry in Acton. The three were employed as glove makers at the plant. 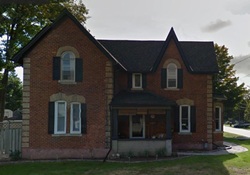 According to the local newspaper Frances built a fine brick house at 250 Mill Street for her and the children. Her employment from the local glove factory generated extra income, and most likely her sisters paid rent for living with her.

By 1901, Frances still had six children still living at home. None of the girls worked but the three boys were employed at the local glove factory and helped with expenses. Her children still with her ranged in age from twenty-three to fifteen.

All would marry within the next several years and some would move away. Of those who remained at home with her in 1901, all would live for years to come.

Once the children married, Frances sold her home and according to the Acton Free Press moved about staying with each of her children for short periods of time. This went on for twenty years. This would not even be considered these days.

Over her lifetime Frances would see the early death of several of her children and step-children as well as that of her husband.

Frances Sophia Martin-Ryder died at the residence of her daughter, Mae Ryder-Cheyne, January 23rd 1932 at the age of eighty-one years. Considered an upstanding and well known citizen of the community, The Acton Free Press wrote a long informative obituary for her.

Taken in 1931 the year before she died, my great grandmother and grandparents. Frances Sophia Martin-Ryder, John Bell and Maude Ryder-Bell.
Visit this weeks blog on How Districts, Counties, Townships, Towns and Villages Got Their Names
Powered by