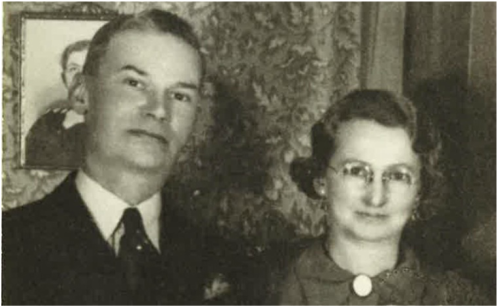 The oldest daughter of Henry Clements and Maria Trotter, Olive May Clements was born February 11 1891 in Toronto Ontario. The Clements lived in the same neighbourhood as the McEwan's, to be exact just one street west of them at 54 Strange Street. Unlike Benjamin, Olive was the eldest in her family, while Benjamin was the youngest boy in the McEwan family.

Benjamin McEwan met Olive not long after the death of his first wife and they were married in less than a year after they met. He was ten years her senior. 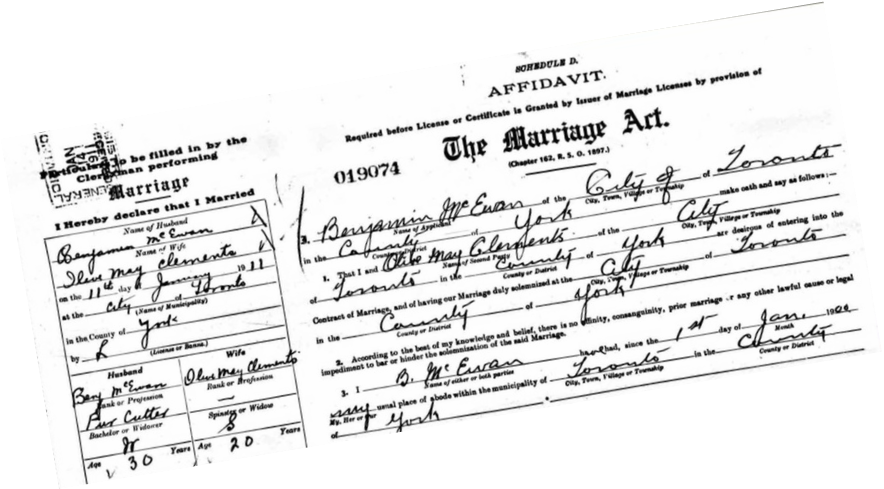 Olive and Ben moved into a house on Pape Avenue shortly after their marriage and Ben's two eldest children, Frances and Edgar lived with them for a short while. The two children moved out west to Saskatchewan before 1916 to live with their maternal grandmother. Ben's youngest child, Lilly, just two when he remarried was sent to live with Ben's parents as soon as Ben and Olive married. She would remain there. Ben and Olive would have five children from their union. Unfortunately the two families had little to do with one another and only saw each other at family gatherings.

Olive was widowed in 1953 and would live for another thirteen years. She died August 18th, 1966 and was buried alongside her husband and his first wife at St. John's Norway Cemetery and Crematorium in Toronto.
Powered by