This is the preferred tartan for Stevens/Stevensons/Stephensons, etc., of Clan MacTavish

POSSIBLE THEORIES
There are several possibilities in the ancestral background of Robert Stevenson. This popular name can be found all over Scotland from the Highlands to the Lowlands, as well as in Britain and Ireland. I weighed out the probabilities as to where my heritage lies and have come to a conclusion, which although is not set in stone, has the most likenesses in the history of my Stevenson descendants. 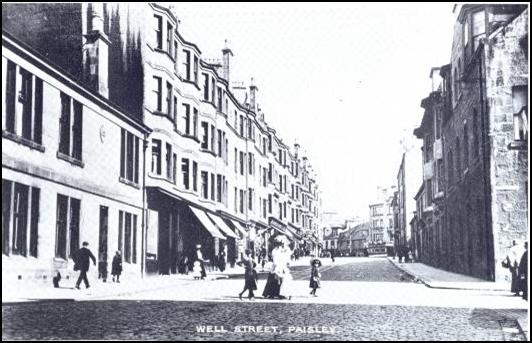 One of the oldest thoroughfares in Paisley
PAISLEY, RENFEWSHIRE, SCOTLAND
During my research I have found several James Stevenson who could fit as a father for Robert Stevenson, my great-great grandfather. One in particular, from Paisley remains in my mind as a good possibility. 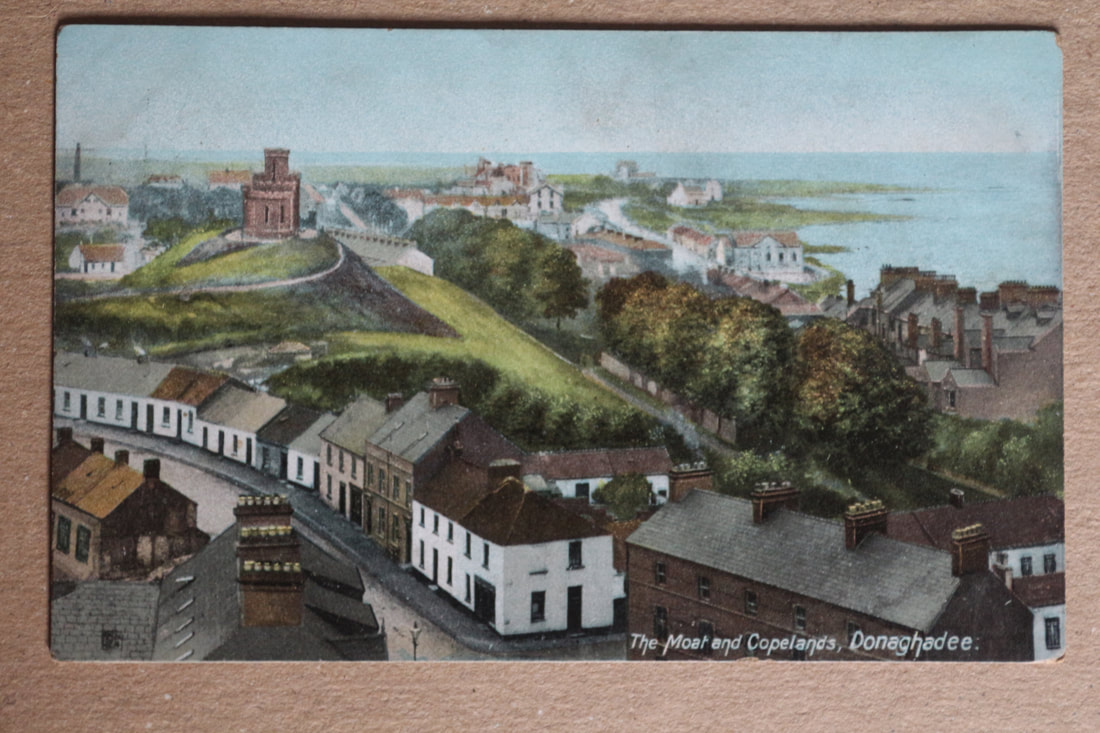 Donaghadee, Down is a small coastal village in Northeastern Ireland. There is a definite possibility this is the birthplace of Robert Stevenson. To find out more visit the page for Robert Stevenson.
According to Rosalind Davies' Co. Down, Northern Ireland Ireland Family History Research Site, Hugh Montgomery, granted the land in 1606 and controller of Portpatrick in Scotland was anxious to create travel from Scotland to Ireland. He imported masons, carpenters and smiths with him from Scotland to begin the building of dwellings and work on the port in 1626.
Scottish settlers came from Lanarkshire, Renfrewshire, Stirlingshire, Argyllshire, Bute, Arran, the Borders, Kirkardbrightshire and Dumfries and brought their cattle with them. By the 19th century, Donaghadee passed to the Delacherois family.
In the mid-seventeen hundreds the town parish had 1848 Presbyterians and no Catholics. A picturesque town and well kept it consisted of two long curving streets, one following the shoreline. The white-washed stucco covered stone houses had slate roofs.
The harbour was rebuilt the year of my ancestor's birth in 1821, and at that time the population was 3000. These citizens were described as a peaceful and industrious people. By 1837, this pristine town had grown to incorporate 650 houses, consisting of some two and three-storey houses but the majority being one-storey. The houses in general were constructed of stone but there were some of mud and over one hundred with thatched roofs.
The lighthouse in the port and the coastguard station employed seven men and one officer by 1836. There were three policemen and a newsroom which served the middle class. The town boasted maritime occupations for men and needlework for women.
Other than smuggling the people were generally peaceful and prosperous and by 1837 there was a savings bank, five schools and a powder, magazine and old barracks. They hosted six annual fairs.
Growth continued over the next ten years and by 1846 the parish population was 8557 of which 3151 lived in the town proper.
Donaghadee's main imports were coal and timber and exports, cattle and pigs.
The town had a certain romantic charm in that it was used during the mid 18th century until 1826 by couples who took a daily packet boat to marry in Portpatrick, Scotland. These were considered "irregular marriages" as they were performed by declaration in front of two witnesses. In 1753 a law was passed in England banning such marriages but it was still allowed in Scotland. This was the shortest of all the sea passages noted as even as little as two hours under sail in 1793, but more typical was three hours by steam packet boat in the 1840s. 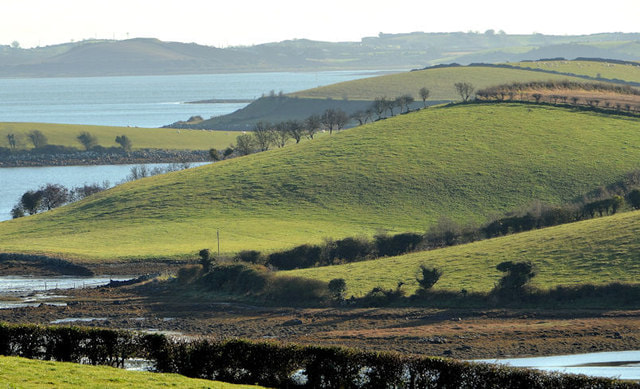 ​    ​Killinchy is a townland and small village in County Down, Northern Ireland. It is two miles inland from the western shores of Strangford Lough in the Borough of Ards in the Province of Ulster. My first research brought me to this area in which I was able to find James Stevenson, father of Robert. However the more I researched Robert, the son, I realized it was probably less likely than the above mentioned town.
Powered by