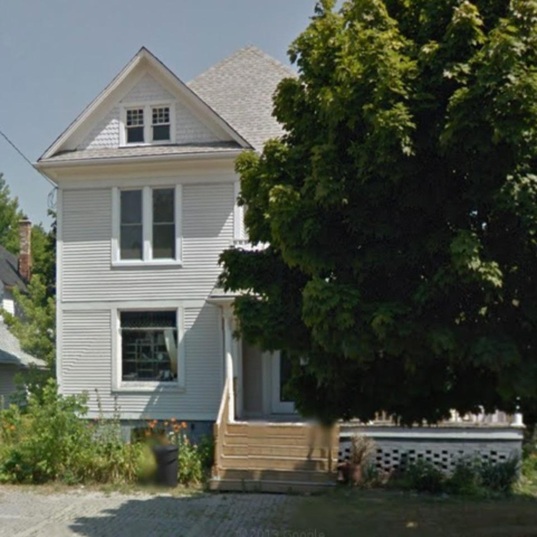 Emma Jane Ryder was born August 28th 1864. At that time her father had bought a Blacksmith Shop in Acton and was doing a thriving business. She was the second daughter and third child of James Ryder and Pricillia Swackhammer. When her mother died in 1872 she was just 8 years of age so most of her growing years would have been with her father and stepmother Frances Sophia Martin.

When the family moved to Petrolia  in 1879 Emma was fourteen years old. It is here she would meet the man she would marry. Joseph Edward Pollard (referred to as "Jack"), a hardware retailer and fifteen years her senior.

In the 1881 census Emma was sixteen years old and still at home with the family in Petrolia.

I do not know exactly when or where Emma Jane met Joseph “Jack” Edward Pollard, but it was quite possibly through her older brother Billy. He is found as a witness to some of the Pollard marriages which would indicate that he was good friends with some of the family members.

Edward and Emma Jane's  first son was born in February of 1885.

Their union would produce at least three. The first child was Samuel Blass Pollard 1885, then Edward Franklin born in 1892 in Petrolia, and lastly daughter Jennifer Louise born May 4th 1895.

The 1891 census finds Emma and Jack with their son listed as Blass living in Petrolia. By 1901 The family had grown to include the two other children. Edward senior "Jack" is listed as a hardware merchant. Times must have been good as the have a domestic servant living with them.

By 1911, Edward senior is sixty but still working in his trade and both the sons appear to have followed in his footsteps and are employed as hardware salesmen. Jennie is going to school.

In 1921 Emma Jane now a widow lives with her son Edward Franklin Pollard 28, in the city of Sarnia at 294 Wellington. She was 58 at that time and Edward was 28 and employed as a yard-foreman making $1900 per year. She is listed as the head of the family.  Her daughter Jennie Louise 26, and son-in-law Samuel Gladstone Stokes 28, are living in the house as well. Samuel is a superintendent and earning the same salary as Edward. Both Edward and Samuel work at an oil refinery.There is no mention of Samuel Blass and I am unable to find him in the census..