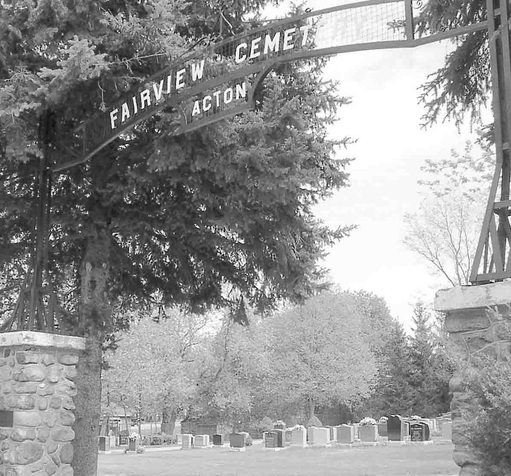 Born September 10th 1878, Edward Darling Ryder was James and Frances forth child.
Like most young boys Edward liked sports and played on many of the local teams. In the fall of 1899 the Crescents of Acton claimed the pennant to become the Ontario champions for that year.
Edward was active in hockey, lacrosse and baseball and his participation spanned over many years. After he stopped being a popular player himself, he assisted, acted as score keeper and coached. Many remember Ed for that. When no longer capable to participate actively in sports, he still followed them on the radio and television.
Edward was also a member of the Canadian Woodmen of the World for many years. (*see note)
In 1891 Edward at age fourteen began working in the leather trade. His employer was Story Glove Company at the start. He later had his own glove business for a time.
At one point Edward worked in the leather industry on Hamilton, but returned to Acton and took employ with Beardmore and Co., until he retired in 1956.
In 1907 Edward married Isabelle Ferguson Millar. They were married in Toronto, at the Presbyterian Church, by A. Logan Geggie on the 17th of April.
Edward was working as a clerk at the time. He and Isabelle would have five children the first being Marguerette in 1908. The others were Donald, Glenn, Roderick Millar, and Dorothy Isabelle.
On January 21st  1910 tragedy struck the Ryder family. Their daughter Dorothy Isabelle died at home on Willow Street, in Acton. She was just two years old. She was buried at Fairview Cemetery.
In 1921 Edward and the family was living in Acton in six room brick house which they owned on Park Ave. Margaret was fifteen by that time, Edward nine, Roderick two, and Donald was just one. It mentions in this census that Isabel had immigrated from Dundee, Scotland in 1893.
Two of the children were listed as going to school and Edward is employed in the Retail glove business.
In October of 1923 Edward went into a partnership with John Mowat and commenced the manufacture of leather gloves and mittens. This took place on th premises over Caldwell’s machinery warerooms, on Mill Street nearby his home. Acton at that time was very active in the manufacture of leather goods.
On September 7th, in the year 1949 another tragedy struck the family. Their son Roderick, now married and a father of three small children was crushed by a Gray Coach Bus. He was riding on Mill Street in Acton, coming home from work on his bicycle. A court case ensued and the family was awarded $34,000 due to the negligence of the company and it’s driver. Roderick had been well known as a star ball player for the Acton Baseball Club. He was just thirty-five years old.
Edward would spend most of his life in Acton but at some point after the death of Isabel in 1956 he moved to Guelph to be with his daughter. The couple had been married for fifty-one years when Isabel passed. When she died only three of her children were still alive, meaning that the two had suffered great loss over their time together. According to the Acton newspaper Isabel had suffered for the last three years before her death but remained stoic.
The three children still living in 1956 were Marguerite and Donald of Acton and Glenn of Milton. Between them they had six grand-children. His daughter Dorothy and son Roderick, the two youngest children predeceased both Isabel and Edward.
Edward’s wife was described as someone whose house was her castle, but also as someone who was thoughtful and helpful to those in need.  She was buried at the Fairview cemetery.
Edward died in April of 1967 at age eighty-eight. He had enjoyed good health until several weeks before he died. He was living at 93 Mill Street East in Guelph, with his daughter Marguerite and her husband Rudolph Spielvogel.
The funeral was held the following Tuesday at the Rumley –Shoemaker funeral home and Re. A. H. Mackenzie gave the service. He was then interred at the Fairview cemetery.
David, Ronald and Robert Ryder and his three grandsons, Bill and Frank Spielvogel, and John B. Calder served as pallbearers.
His daughter Marguerite (Mrs. Spielvogel), sons Edward Glenn and Donald G. Ryder, six grandchildren and seven great-grandchildren along with his Sister Laura (Mrs. R. Elgie) survive him.
Predeceasing him were his wife, Isabel, son Roderick Millar Ryder, daughter Dorothy Isabelle Ryder; sister Bertha (Mrs. A Vance). May (Mrs. W. Cheyne), Maude (Mrs. J. Bell), and brothers Thomas, Frederick and Nelson.

* "Joseph Cullen Root founded the Modern Woodmen of America in 1883. Following a dispute in 1890, he was thrown out of the society, and went on to form the Woodmen of the World fraternal benefit insurance society. The organization spread from its roots in the midwest American states westwards in the USA and northwards into Canada. In addition to death and disability benefits, the Woodmen of the World also included a burial benefit. The group offered benefits to men aged 16 to 52, although a women’s auxiliary was also formed. Woodmen of the World took steps to maintain the secrecy and mystery associated with its ceremonies, following in the steps of other fraternal societies. They used symbols of the ax, wedge, and beetle and sawed-off tree trunk."
(This is according to the Canadian Order Woodmen of the World).
Powered by