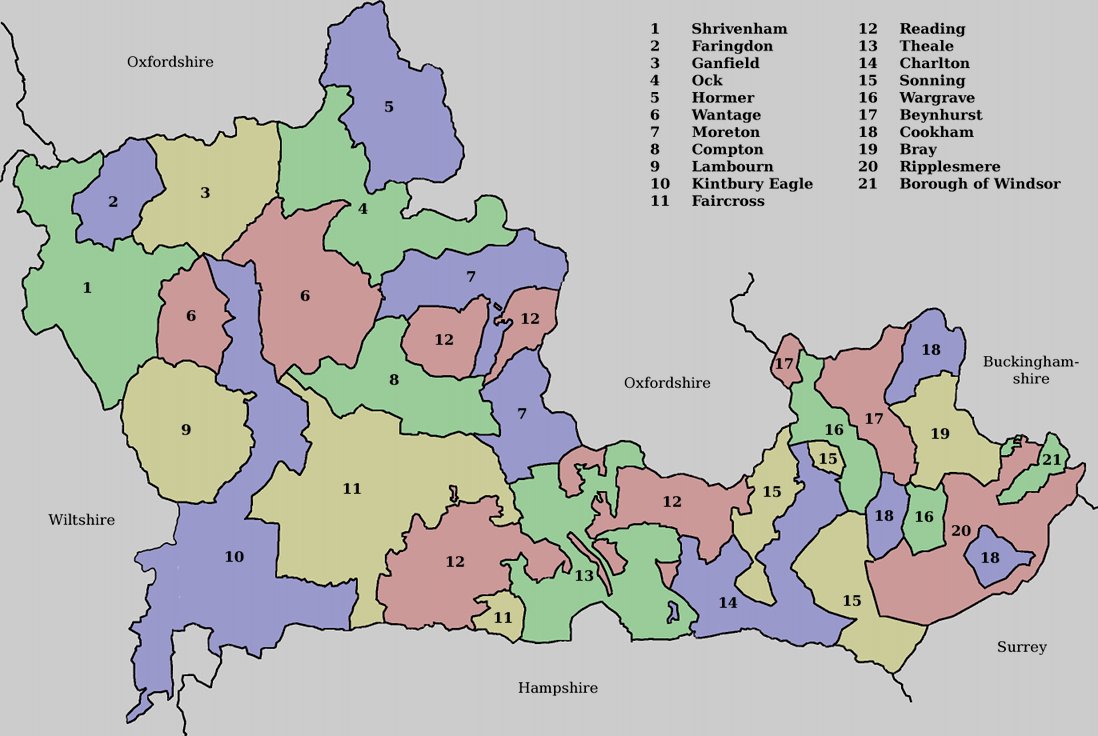 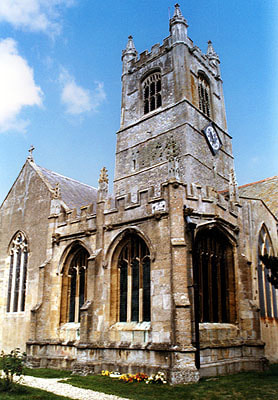 Saint Michael's of All Angels
Lambourn situated (MAP) in the Lambourn Valley, virtually by the Lambourn River is also at the heart of the Berkshire chalk downs. Within a few miles of the Oxfordshire, Wiltshire and Gloucestershire borders at the north west extremity of the county. The name of the village is thought to have originated from sheep on the downs and the stream.

In historical records the name Lambourn appears at the time of Alfred the Great. Some even say Alfred was born in Lambourn. He did for certain own land which was willed to his wife. The first parish priest was Croc dating 1017.

Many ancien burial grounds prove a much earlier settlement was once in Lambourn. There have been discovery of Roman pottery nearby. There is also the presence of the Norman invaders made apparent in the nave of St Michael and All Angels Church. It is typical of twelfth century Norman.

During the thirteen century it was granted two sheep fairs and a market which gave it further importance. The Market Cross in the square was erected during the reign of Henry VI. At that time the streets would have been made from cobblestone of which traces still remain.

The pious custom of remembering benefactors is continued at Lambourn. The little almshouse was founded in 1501 by John Isbury, who is buried in the adjoining church. Every morning at 8, the senior almsman repeats the prayer for the soul of the founder, after which the pensioners attend mattins. The vicar recently recovered a part of the original prayer (in brass) from off the tomb. 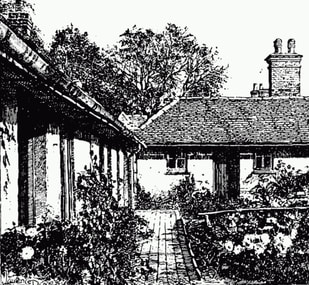 The Estbury Almshouses wer founded in 1501 by John Estbury and rebuilt in 1852                         by Henry Hippisley. These red brick houses are reached through and entrance-tower that leads to a cloistered courtyard. Endowed for ten poor people and a priest they were used to teach a free grammar school. The chantries and the school have long disappeared but the hospital was refounded by an Act of 1589.
​        Changes have occurred over the centuries and the present building known as the Place Almshouses adjoining the almshoused and the church is Elizabethan in style. Go to (BHO) for further information.

The Rider family's proven roots here go back to the mid-16th century. Anthonie is the first member recorded on the local parish register 1560.  Anthonie and Margaret were married at Lambourn.

Anthonie Rider was born in Lambourn, Berkshire, England in 1560. I have been unable to find his birth or baptism but believe this to be a reliable date of birth.

​Margaret was born in the same village  and christened April 15, 1561. She can be found in the Parish register for Lambourn. Her parents are not mentioned.

The couple married October 10, 1580 in Lambourn and I was able to find five children for the couple and will follow my line from there.

Anthonie and Margaret's third son was also named Anthony which would hint that his father's name was Richard as he was the first born son. Awdrye or is this Anthony would have probably been the name of Margaret's father.
*There could be some confusion with regard to their son Anthony. I was unable to find his baptism but was able to find his marriage. proving his existence. However, there is the question of the child Awdrye born the same year as Anthony. Is this actually Anthony and a error of the name and sex of the child or was their indeed an Awdrye? Was Awdry a twin of Anthony? Will continue to investigate the possibilities.

Anthonie died in 1622 in Lambourn and his wife preceded him dying in 1620.

Elizabeth was born in 1590 to father John Bayman, Her mother is not mentioned on the registry. She was born in Ramsbury, Wiltshire, England.

Anthony and Elizabeth had six children all born in Lambourn, Berkshire, England, between 1624 and 1638.

Anthony Rider was the first son of Anthony and Elizabeth. I have not found any records for Elizabeth yet and do not know her last name.

Anthony as all of his siblings, was born in Lambourn, Berkshire, England on February 27, 1624.

Olive Herring born in 1635 married Anthony on the 4th of November 1656, in Lambourn and the couple would have four children over the course of their marriage.

Anthony would die in 1691 at age sixty-seven and Olive who was eleven years his junior not until 1709 at age seventy-four.

Anthony, eldest son of Anthony and Olive was born in Lambourn in 1659, and christened October 28th.

He married Luce (or Lucy) last name unknown. Her date of birth is estimated at 1660.

According to the birth of their first son their marriage year would be estimated about 1683. They produced three children over their marriage.

Anthony, son of Anthony and Luce, was next in my tree. Born in Lambourn in April of 1684.

He married a girl by the name of Elizabeth but her family name is unknown and there is no information so far available to me other than her name as the mother of his children. The couple had four children.

John Rider son of Anthony and Elizabeth was born in Lambourn in 1727.

He married Hannah born  around 1728 about 1752. They would produce ten children from their union.

According to what I have found so far, John died in June of 1829, one year after the death of Hannah.

This is the last in my generation of Riders who lived in Lambourn, Berkshire, England. Anthony was the secon son of John and Hannah born in Lambourn in the spring of 1755.

He married Mary Elizabeth Beckingham, daughter of William Beckingham and Sarah Joyes. She was born in February of 1763​, eight years his junior. Their marriage took place at St. Michael's of All Angels, November 20, 1784.

The couple had a family of eleven children over the next twenty years.