Daniel Ostrom was the youngest son of Roeliff Ostrom and Elizabeth Yelverton. It was a large family and Daniel had three brothers and four sisters.
Daniel came to what is now Canada with his parents after the American Revolution. His father petitioned for land in Upper Canada as a United Empire Loyalist.
It would appear that he and his parents arrived in Sidney Township, Hastings, Ontario, sometime after the birth of his sister Sarah Ann. She was born in Schenectady, while it appears the others were born in Poukeepsie, New York. It might even have been closer to 1784 after his sister Blandina married Hendrick Hagerman, in New York that year.
The move from New York would have been a difficult one for the family. Most of Daniel’s siblings remained in the United States, at least for a time.
The family settled at the Front of Sidney, near Belleville on land granted to them from the British Army. This land would have been the southern most part of the area abutting lake Ontario.
In 1798, Daniel married Isabel Crysdale born about 1779, in Charlotte County New York. The marriage took place in Sidney, Hastings, Ontario.

Daniel and Isabel would have a total of twelve children between 1800 and 1825, five boys and seven girls. See Isabel Crysdale for the family.

​     Daniel was a captain in the war beginning  June 18, 1812. This military conflict lasted for two and a half years, and was fought by the United States of America against the United Kingdom of Great Britain and Ireland, its North American colonies and its Native American allies.
Unlike his older brothers Daniel was true to the British. He was too young to have fought in the Revolution as his father did but as a Loyalist he would have fought alongside his father. His three brothers fought for the Rebels. There is a wonderful old book by William Canniff written in 1867 which mentions the early settlers in the bay of Quinte, History of the Settlement of Upper Canada, With Special Reference to The Bay of Quinte. Here I was able to find some interesting information about the Ostrom family.
There are several stories of Daniel's feats during the war. Daniel fought in the royal ranks during the war of 1812.
One tale tells of Sir Isaac Brock stopping by the tavern kept by the family on his way to defend Niagara during the War of 1812, he picked up Daniel's youngest son and kissed him. The family christened the baby Isaac Brock Ostrom. Brock Ostrom was born in May of 1812, not long before Sir Isaac Brock lost his life in the battle at Queenston Heights.

Daniel received 200 acres of land in Nepean where the Shirley’s Bay Conservation Area is now locate, granted to him as the son of a Loyalist. However he remained in Sidney Township and there is no record that he actually took up the land.
​     Daniel himself, having served in the war was eligible for land grants. He had previously missed out as a child of a United Empire Loyalist as his father Roelif had applied too late to secure grants for his children. I was able to find the following applications for him. 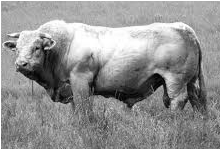 ​​​     ​​In 1821 the first fair was held in Sidney Township. Daniel Ostrom won the first prize of $20 for his bull. However the largest winner was  Ruliff Purdy of Sidney who received the most prizes totaling $106.50
​​​     ​The township was considered to be good farmland and suitable for dairy cattle. There were several cheese factories in the township. The town hall and post office were situated approximately nine miles from Belleville at Wallbridge, directly north of some of the Ostrom property. (See Map 2.) 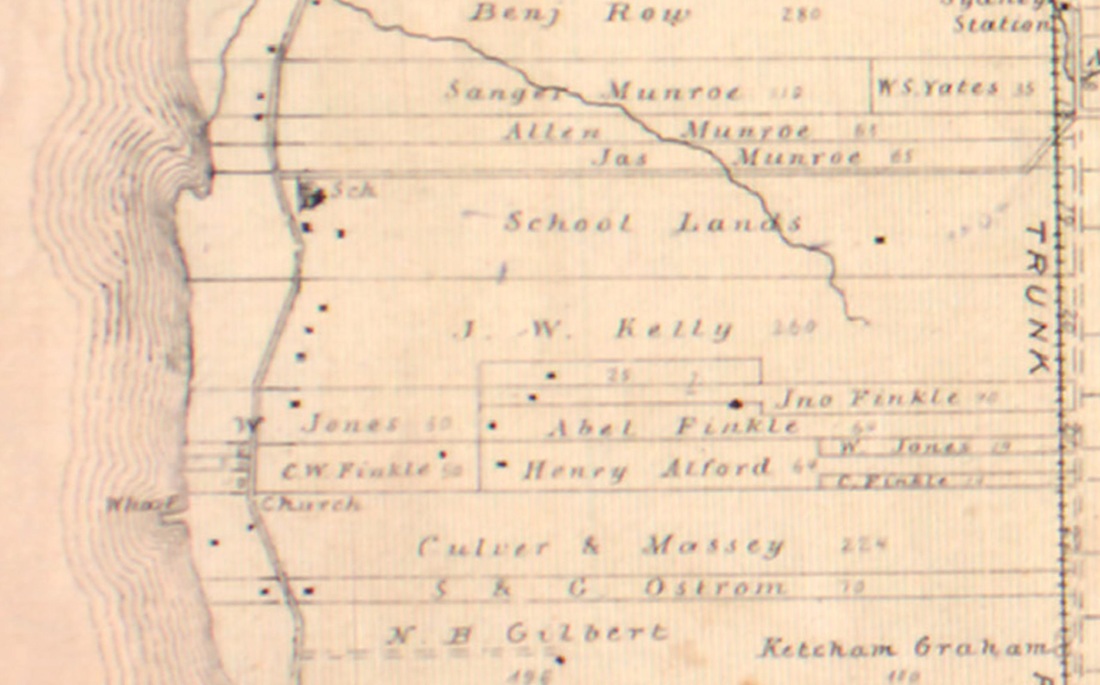 Map 1: The church can be seen in the lower left quadrant of the map. The nearly 300 acres of land for the school is at the top.
​​​     ​Bayside (first called Rhinebeck) – Sidney Twp.
Began on Lot 13, Conc. 1 of Sidney. Consisted of a tavern, blacksmith shop, store, and houses. Whites Church (Episcopal Methodist) built in 1841. Another account states in 1831 The Presbyterian Methodist Church was nearly completed at Bayside. Sidney's most Historic property the Bayside School lot was granted by the Crown to Daniel Ostrom, Elijah Ketcheson and Jacob Finkle as "duly appointed trustees of the Common School with in and for the Township", to build a school Surveyor Samuel S. Wilmot had opposed the grant. He wanted the 298 acre site to benefit the whole township not just one part.

​​​​     ​In 1832 a cholera epidemic spread near the region. Fortunately Sydney and Belleville were not effected and it was reported armed guards prevented strangers from entering the town. Boats being prevented from entering the harbour as another precaution against the disease. Any of the residents from Belleville that attended court in Kingston were sent home early due to the health risk until the threat was over.
​​​​     Perhaps the government grant in ​1834,  to develop the Trent Canal was incentive for some of the Ostrom family to relocate. The first lock in Bobcaygeon was out for tender at this time and there would have been a need for lumbermen and sawyers. While difficult work it was obvious the family farm would never support the large number of children born to the families. Some would therefore have to relocate to areas opening up and either leaving farming or purchasing land elsewhere. Lands had already been opened up for settlement by the Canada Company since the late 1820's providing more land for the offspring of the original population as well as new settlers. It must be considered that not everyone in the family would have wanted to farm and this would have provided an option.
​​​​     As early as 1834 to 66 Belleville had a weekly newspaper. It was called the Intelligencer and by 1867 became a daily journal. The Belleville Hastings Chronicle weekly ran from 1841 to 73. Around the shore of Lake Ontario thirty-one newspapers were born following the period up until 1862.
​​​​     The lands in Sidney in 1835 were of twice the value of those in Rawdon. Taverns and alcohol was abundant in the area demonstrating a certain affluence for the area.
​​​​     The Temperance movement in​ 1874 restricting alcohol, took hold in the area and the council of Sidney showed favour for it. Restricting the number of township licences to five public houses meant that once the quota was reached even those who had licences previously were refused renewals. Their attempts to change the laws were unsuccessful. A proposed amendment would also be addressed as would cruelty to animals. The latter proposal did not pass, obviously at that time is was not of great concern to the population as it is today. Another bylaw that took hold was that of the incapacitated. Anyone unable to gain employ with a medical certificate as proof,  could collect aid from the government. There was a case of an elderly man who received 75 cents per week for himself and 50 f cents or the maintenance of his "imbecile boy". The following year due to drunkeness and petty crimes the licences for taverns were reduced from five to four.
​​​​     An interesting fact I found was in 1877 the Council raised salaries. Clerks went from $40 to $140, whereas the Lamplighter went from $50 to $55 but had to provide wicks and chimneys, to his services. Government was not so different back then.
​​​​    The Grand Trunk Railway from Toronto to Montréal was not completed until 1856, one year after the death of Daniel, but this would have made the trip from Belleville to Toronto much easier than before, benefitting his descendants.

Map 2: This map outlines Ostrom farmland in red and the star would represent the placement of the Town Hall and Post Office. 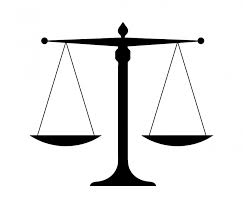 ​
​​​​​    This would have been long after the death of Daniel Ostrom but I thought it might be of interest to some following the line.
​​​​    1889  Ostrom vs. Sidney: major legal case. It had begun in 1888 and was appealed to the Supreme Court of Canada after Ontario's Court of Appeal ruled against the township. the case cost Sidney more than $1000 including $50 paid to Ontario Premier Oliver Mowat for advice. Details on the case were sketchy. Township minutes include only council decisions and no idea of the debate. The accounts published in the Intelligencer were even less satisfactory. Prepared by the twp. clerk, these reports of meetings do not even refer to the case.
​​​​    I would like to thank those who provided information online that aided me in my research. ​​​Newspaper info:1977
Spread and Growth of Newspapers in Ontario, 1781-1977 John Michael Bolton Wilfred Laurier University
The County Atlas Digital Project from McGill University
History of the Settlement of Upper Canada, With Special Reference to The Bay of Quinte by William Canniff 1867
Canadian Government Genealogy and Family History
Rootsweb
​​​​​    I would also like to thank all my genealogy friends who have helped me through some of the hurdles of this complex family. I learn new things everyday and when I find something significant I will continue to post it for those like me who have a passion for family history. I have tried to recreate history to the best of my knowledge and research but I am sure there may be errors and omissions. I appreciate any input from others as long as the information is vetted I will include it.
Powered by