Spellings of Glasgow include Glassgow, Glasgow, Glassgaw. The ancestors of the Glasgow family lived among the Strathclyde-Briton people of the Scottish/English Borderlands. Glasgow is a name for someone who lived in the city of Glasgow on the river Clyde in the county of Renfrew (first recorded in 1116 as Glasgu), or from either of two minor places with the same name in Aberdeenshire. The origins of the place name are uncertain, it may come from the  Welsh glas, or "gray," and cau,meaning "hollows."

The surname Glasgow was first found in  Renfrewshire (Gaelic: Siorrachd Rinn Friù), a historic county of  Scotland, today encompassing the Council Areas of  Renfrew, East  Renfrewshire, and Iverclyde, in the Strathclyde region of southwestern Scotland, where they held a  family seat from very ancient times, some say well before the  Norman Conquest and the arrival of Duke William at Hastings in 1066 A.D. 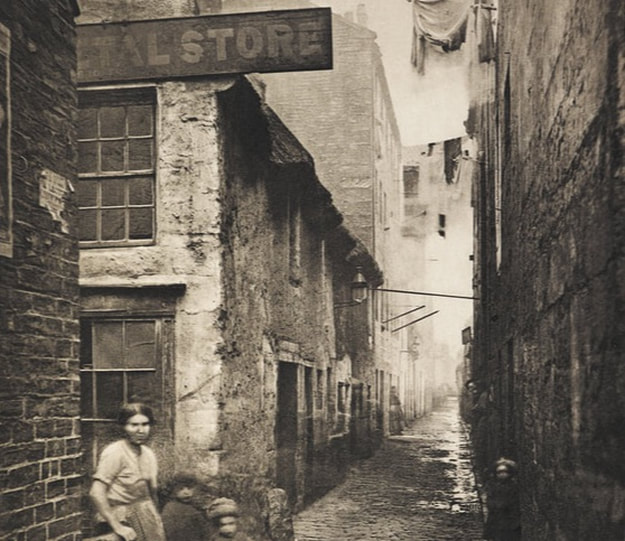 "The Old Closes of Glasgow" by Thomas Annan 1868

I have little information about Elizabeth. She was born September 5, 1792 in Glasgow, Scotland.(1) She would have met Robert in Glasgow after he left his home in the Highlands to come to the city.  Had her family originated in the Highlands and come to the city earlier or did she meet Robert perhaps when she brought shoes to be mended? Many questions we will never find answers to. However with a keen eye we can find a plethora of information from some of the old documents available to us today.
Their attraction led to marriage and on the 21 of September 1810,(2) they would marry in Gorbals, Lanark, Scotland.
The couple gave birth to four boys and three girls. I was able to find some information on all of them, which I share below.
We know that Elizabeth died before Robert and sometime between 1841 and 1851 as she does not appear in any later census. The children of Robert and Elizabeth are listed below.

​Alexander Munro (1811 - 1867)
​    What I do know of Alexander is that he is the first born and by tradition named for his paternal grandfather. He was born July 7, 1811 in Glasgow. I am not sure if he married but he did take up a career as a seaman, like others before him. In his death registry it is mentioned that he was the captain of a vessel. Alexander died 1867.(3) It is mentioned in the roll of the parish of Portpatrick, on the coast of southwestern Scotland. He would have been fifty-six years of age.
Robert (1819 - 18) Margaret Robertson (1819 - 18)
Robert Munro, born April 16, 1819,(4) was Robert and Elizabeth's third child and third boy. He fits the tradition of being named for his father. I found evidence in the census to prove his wife's name was Margaret, and further perusing would indicate it is most likely Margaret Robertson. They married December 8, 1844,(5) in Glasgow.
The 1861 census for Scotland turned up a Robert Munro and wife with four children, Robert 15 , William 13, Margaret 7 and George 5, that would fit the profile nicely for this family. Robert is 42, as is his wife and he is working as a boiler maker. They are living on Cheapside Street in the Anderston area.
In 1891 Robert was a patient at Glasgow Robertson Memorial, Lanarkshire, Scotland (Old Man House) as a patient. He is 72 years of age.(6)
I have not found a date of death for either Robert or his wife Margaret.
Their eldest son Robert who at the time of the 1861 census worked as an upolsterer at age 15. He would later move to Toronto, Ontario Canada, nearby his aunt Janet Munro-Stevenson. Young Robert would die young in 1869 at age twenty-three. The cause of death was drowning.(see below) 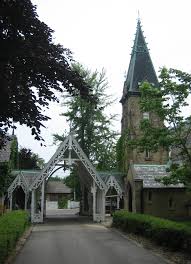 ​Janet Munro (1821 - 1876) Robert Stevenson (1821 -1878)
Janet was the eldest daughter of Robert Munro and Elizabeth Glasgow. Born in Glasgow, June 15, 1821,(7) her life, as those of her siblings would have been a difficult one. At that time in Scotland the Industrial Revolution, caused the city to be overpopulated and rife with disease and poor living conditions. Janet was living at home working as a power loom weaver until she married.
Janet married Robert Stevenson June 6, 1841,(8) in Barony, Glasgow, Lanark, Scotland.
They would remain in Scotland until after the birth of their second child before moving to Toronto, Ontario, Canada, most probably in search of a better life.
In Canada they would have seven more children for a total of nine in twenty-one years.
Janet died February 03 1876,(9) when her youngest was just twelve years old. Her husband followed two years later. The cause of death was documented as *organic disease of the brain. Her father died of the same cause. Janet Munro is buried  at the Toronto Necropolis Cemetary Section 1 Lot # 154.

*Organic brain syndrome (OBS) is a general term used to describe decreased mental function due to a medical disease, other than a psychiatric illness. It is often used synonymously (but incorrectly) with dementia.

**Link for more on the Robert Stevenson
Janette Munro family
STEVENSON, Jannett, f, 3 February 1876, 54 years 6 months, Glascow Scotland, cause - organic disease of the brain during 8 weeks, infm - H.H. WrightMD., Toronto, (York Co.) 018027-76
​​Elizabeth Munro (1823 - Aft. 1841)
Elizabeth was the second daughter born to Robert and Elizabeth. She came into the world two years after her sister Janet October 24, 1823.(10) She is present in the 1841 Scottish census living with her two sisters and brother John and working as a power loom weaver like her two sisters.
I do not know what happened to Elizabeth but I am unable to find her after the 1841 Census. 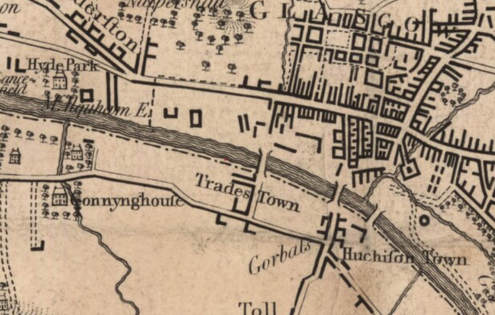