​            Simeon Wellington Ostrom was the oldest son of Daniel Ostrom and Isabel Crysdale. He was born October 23 1803 in what is now Belleville, Sidney Township, Hastings, Ontario. Simeon was one of twelve children comprised of seven girls and five boys.
At the time of his birth, Belleville, was just being settled by migrants from the United States, many like Simeon’s father and grandfather, United Empire Loyalists. The country was wild and uninhabited, proving difficult for the new settlers.
Simeon grew up on the family farm and on May 05 1827 he married Lucinda Frederick. By March of the following year they had their first born, a boy.
Over the next twenty-three years Lucinda gave him six more boys and three girls. The youngest, named for her mother was born in September of 1849. Lucinda died in April of the following year. *When Lucinda passed away the youngest child was sent to her sister Jane Frederick-Wood. Little Lucinda was raised by her mother's older sister as her own until she married and left home.
Less than two years later, February 01 1852, Simeon married Anna McKenney in the Victoria district, of Ontario. They would go on to have five more children, one girl and four boys.
I had some difficulty finding Simeon in the 1851 census. With perseverance I finally located him. He was listed as James Ostron (bad transcription) all the other data matched and knowing who I was looking for, I was able to read the name as it should have been. From there I could locate him up until his death.
Simeon remained in Sidney Township, Hastings, Ontario his whole life and raised a total of fifteen children there. I have found him and the family in the 1861 census with his new wife Anna and their three children. His children Henry 31, George 18 and Leura 15 are still at home. The census mentions that they live in a frame house.
Simeon farmed acreage at Concession I Lot 22 Sydney Township. He died January 22 1879 in Sidney Township, Hastings, Ontario at age seventy-five of old age. 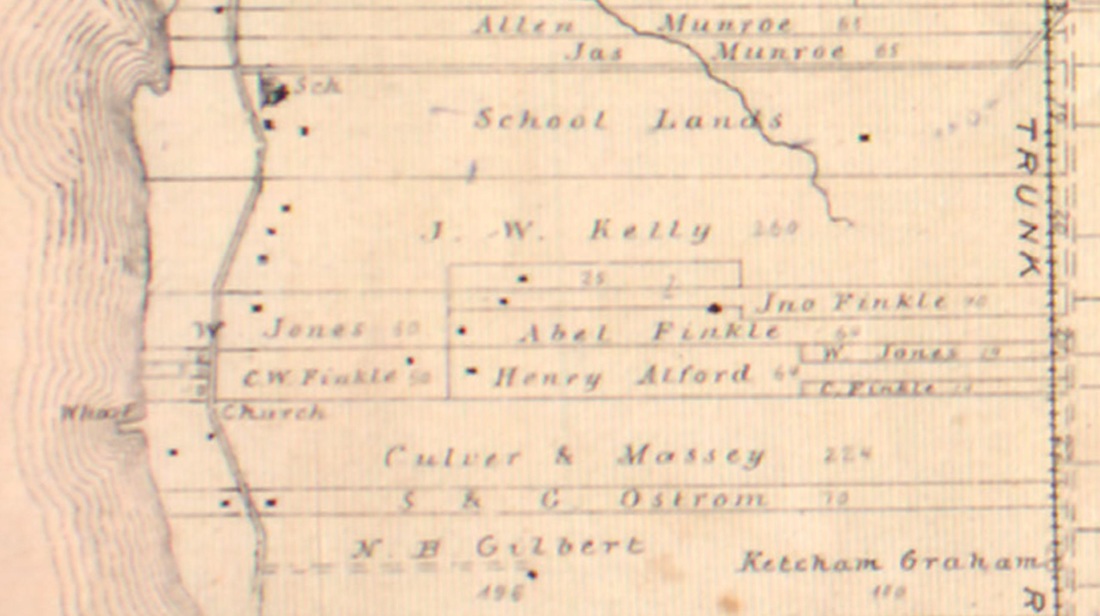