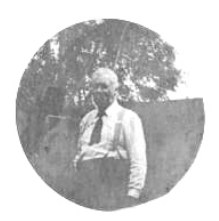 In Glasgow, Scotland 18th of November 1841,(1) William McEwan and his wife Mary Brown gave birth to a son. They named him John and he would be their only child.
William and Mary immigrated to Canada when John was a young boy and they settled in Toronto. John is documented in the Census of 1861 with his parents.(2)
At the age of twenty-one John had established his career as a jeweller.(3) He would marry Janet (Jesse) Stevenson, daughter of Robert Stevenson and Janette Munro November 25 1863 in Toronto at the Methodist New Connexion Church.(4) Janet born in Glascow, Scotland in 1844, immigrated to Toronto several years after John’s family. Her father being a mariner, they also settled in the heart of the city, not far from the port.
Janet was the eldest daughter of Robert and Janette and had five other brothers and three sisters.
John having trained as a jeweller, and from looking at Janet’s family at least one if not two of her brothers were also in the jewellery trade. We will never know but maybe that was the connection that brought the two young people together. Perhaps the couple through a connection John had with the Stevenson boys. It was suggested by family that John actually trained one of Janet’s brothers.
According to family memberts John was also a wonderful storyteller. His tales captured the attention of all who surrounded him. So in effect he was a true artist and most likely a bit of a dreamer. One story he loved to tell was that his father was the son of twenty one sons and his mother the daughter of nineteen daughters. Could this have perhaps been the wish of an only child? His grandchildren remembered him as a kind soul with a tale to spin filled with heart felt emotion.
According to my mother who was raised by her paternal grandparents, John gave Janet a beautiful cameo broach, which was mounted in gold, as a wedding gift. She wore that broach and a wedding band but due to her strong religious beliefs, she wore no other jewellry feeling it to be a display of vanity. 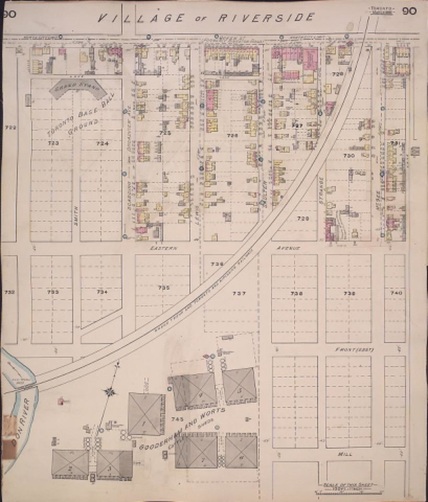 It should be noted that quite often blacksmiths changed their occupation to become goldsmiths at the turn of the century when the need for blacksmiths declined. However, John started long before this so it is likely that he chose this career from the start.
While never affluent, the couple were able to buy a house at 27 Saulter Street in Toronto, where they would raise their ten surviving children. They also raised my mother, after the death of her mother and re-marriage of her father Benjamin. There first child was named of Frederick W. This would be a break from the tradition to name the first son after his grandfather. All we can surmise is that the W possibly stood for William.  The owner of the plot where Frederick is buried was his grandfather Robert Stevenson, (Jesse's father). This plot contains the remains of an eighteen month old child named Frederick W McKeown as well as Sarah Stevenson, the sixteen year old daughter of Robert and Janette. The child was buried in1866 at the age of eighteen months. This is most probably Jesse and John's first child. There is more on Frederick on his own page.
Their first of the thirteen children to survive was Robert Stevenson McEwan was born in 1866,(following tradition the second male named for his maternal granfather. Next William Brown McEwan 1868, (again more traditional referencing his paternal grandfather and the maiden name of his paternal grandmother). John (Jack) 1869 followed, then Edith 1872, Henry (Chum) 1874, Marian (Mae) 1876, Janet (Toots) 1877, Benjamin (my grandfather) in 1879, Emma (Em) 1881, Helen (Nellie) and the last two Edward 1886 and Alma in 1888.  Edward died at one year of age and Alma lived only a few months. Janet would have been forty-two and forty-four when the last two were born. The Toronto Directories and The Canadian censuses document the progression of the family.(5),(6),(7),(8),(9),(10),(11).
John and Janet remained in their home all their married life. Most of the girls married, some earlier than others, as did the men who also went off to make their way in the world.
John continued all his life making jewellery. At one time he had his own shop in the heart of the jewellery district of Toronto as a struggling independent goldsmith, but later he joined the firm of Hill & Houghton,(8a) and later P. W. Ellis & Company Ltd., situated on Wellington Street in the heart of downtown Toronto.
The fact that John was a jeweller was confirmed not only in some of the censuses but also in the City of Toronto Directories.
John fashioned many pieces of jewellery over the years and many pieces still remain in the family. I have decided to showcase some of them at the end of this piece.
John retired most likely due to the onset of Parkinson Disease which would have made it difficult to work at his trade. However he must have continued to make some jewellery at home as there is a piece mentioned in my story “The Bracelet” that was made for his grand daughter Lilly (my mother) when she was a young child.
After John’s youngest living son remarried in 1911, following the death of his first wife, in 1910, the children from that first marriage were sent to live with grandparents. The two eldest Frances and Edgar were then sent out to Saskatchewan to live with their maternal grandmother, Frances Knight-Ostrom, while Lilly the youngest just two at the time came to live with John, Janet "Jesse", and the three maiden aunts still living at home. Two of those aunts would later marry but Edith would remain with Lilly even after she married and had children of her own.
John developed paralysis due to Parkinson Disease in his old age and at one point was interned at the A. E. Ingram, Home of Incurables at 130 Dunn Avenue.
John died in the Home for the Incurables on July 30th 1917 at the age of seventy-five years due to pulmonary oedema, caused by terminal paralysis agitaus during the previous ten years.(12),(12a)
Family members have told me that he suffered from "Shaking Palsy" now known as Parkinson Disease during his later years and that at one point his tremors prevented him from making his jewellery.
I final note posted in "The Jewelers' Circular-Weekly" August 15, 1917 under Canada Notes:
" John McEwen, who formerly conducted a jewelry store on King St. E. Toronto, died on July 30 after an illness of nine years caused by paralysis at the age of 75. He was a Scotchman by birth, but had lived in Toronto for 70 years and in the old days was a member of the Volunteer Fire Brigade. He is survived by a wife and nine children."
Janet remained at home on Saulter until her death in 1925 at which point the house was sold.
Nothing remains of the house on Saulter Street. It was torn down to make more room for the railway.
​
*Paralysis agitans, which literally means “shaking palsy,” is another term for Parkinson’s disease.
​McEWAN, John, m, 30 Jul. 1917, 75 years, England, cause - pulmonary oedema, caused by terminal paralysis agitans, duration 8 years,  retired[jeweller], St. Johns, infm - A. E. Ingram, Home of Incurables 461 Queen St. E, Toronto twp. (York Co.) 004859-17.  The name of the attending physician was Dr. Fred K. C. Harrison 29 Roxboro St. W.  and the name of the informant was F. E. Ingram 461 Queen St. East. 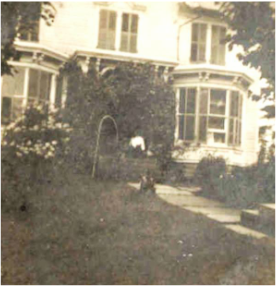 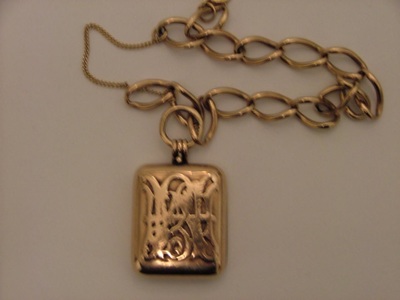 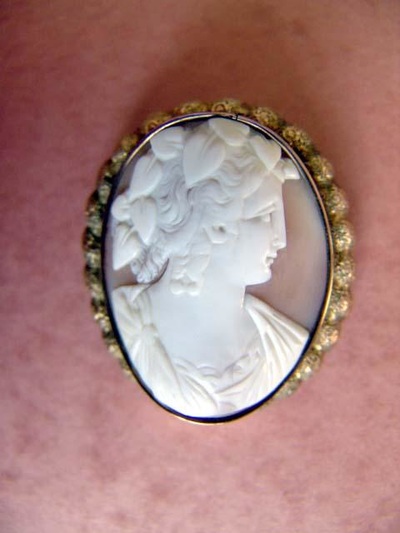 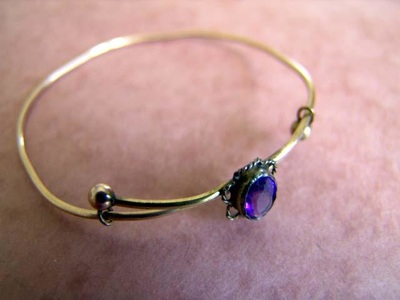 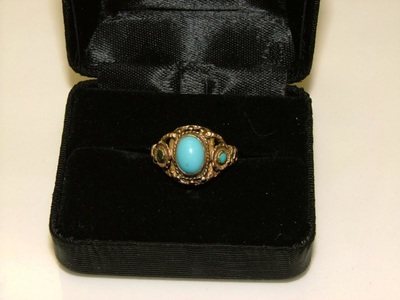 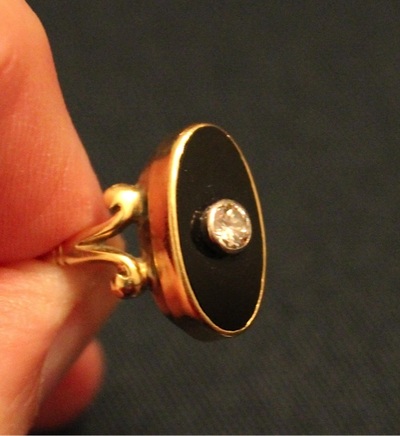 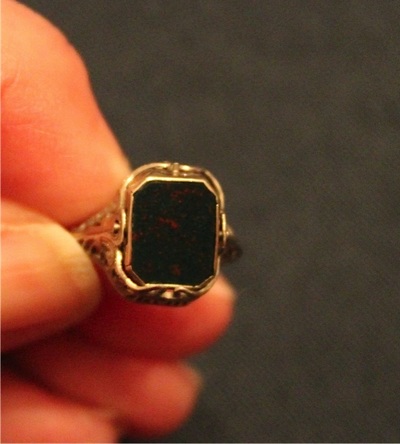